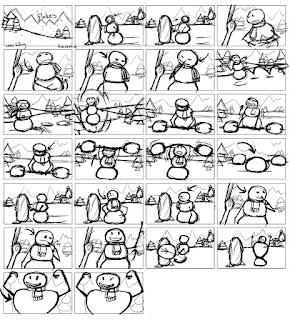 Class assignment: your guess at what the storyboards for Steve Ogden's short animation might have looked like. 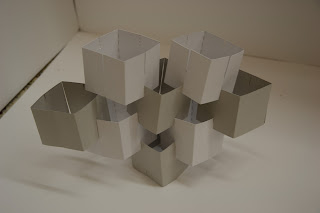 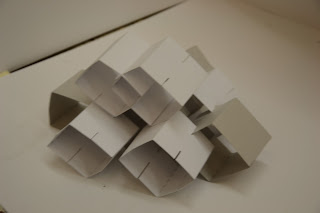 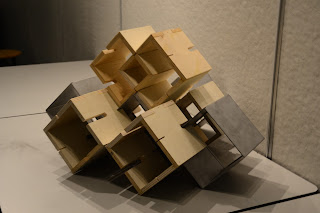 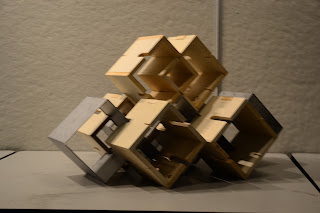 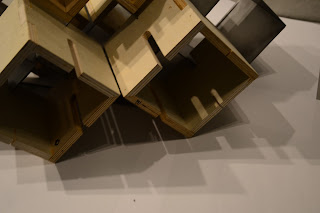 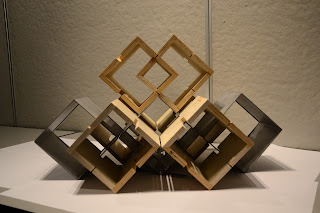 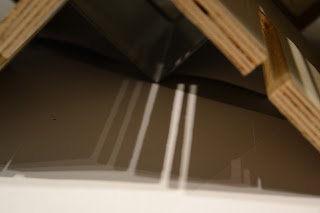 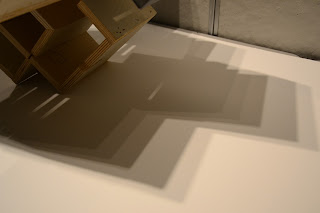 Final Structure (made with Stephanie H., Maya M., and Ross A. out of wood and metal cubes) 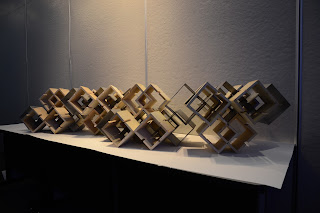 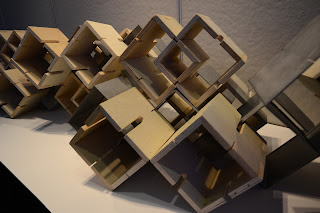 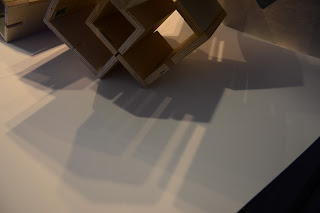 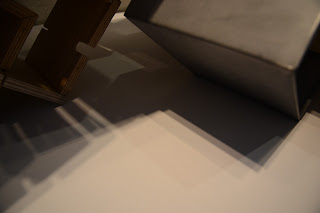 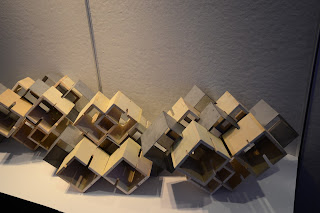 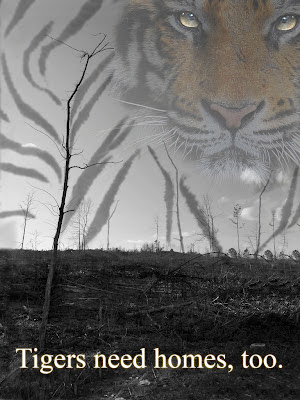 In this poster, I was attempting to utilize the Gestalt principle figure-ground relationship. I did this by layering the tiger, its stripes, and the trees, so that the viewer does not exactly know which object to distinguish as the main figure to focus on. I wanted the stripes to resemble and blend into the trees, symbolizing that when you lose the trees, you lose the tigers. I adjusted (as suggested) the angles of the stripes and added more trees so that they would connect and lead the viewer’s eye through the page, using continuation, leading up to the tiger’s face. In mid-review, it was suggested that I add some sort of man-made structure in the background to really emphasize the deforestation aspect. However, in the SecondLife critique, the version with a city skyline in the background was suggested to be changed back to a version without. Later, a VoiceThread comment suggested keeping the city. I ultimately decided to focus on only the tiger’s stripes and the trees, so that the symbolism and Gestalt principles of figure-ground, continuation, and similarity would be clear. 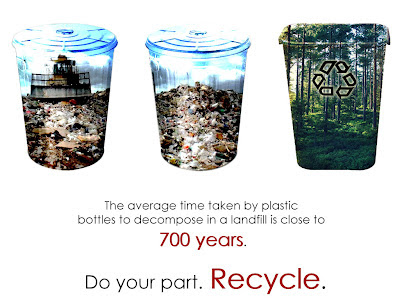 In this poster I was attempting to utilize the Gestalt principles of similarity, dissimilarity, and anomaly. After the repeating the trashcans and landfills, the recycling bin with the forest breaks this visual repetition, acting as a dissimilar element to convey contrast. There is also continuation between the two trashcans due to their shared landfill background that leads the viewer’s eye through them. In mid-review it was suggested that I simplify and down-size my text, which I did. In a VoiceThread critique, it was suggested that I make the text just a little smaller, and also emphasize certain parts of the text by enlarging them and using a brighter color. I used both these suggestions, and believe my piece is now better for it. 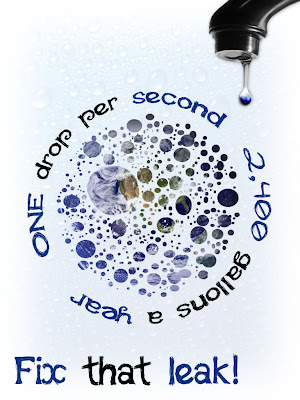 In this poster, I was attempting to utilize the Gestalt principles of proximity grouping and closure. This is created through the water droplets that suggest the shape of the earth, as well as the text wrapping around it. There is also similarity between the water droplets that make up the earth and the water droplets in the background. The comments through mid-review led me to really simplify my message, as well as completely rearrange the text to wrap around the earth. VoiceThread critiques gave me additional comments on how to tweak the text and unify the poster more fully from the faucet, through the earth, to the bottom text.
Posted by Erin Gebbia at 7:42 PM No comments:

Posted by Erin Gebbia at 9:17 PM No comments: